An opening task is simply a goal that must be met from the initial position of the pieces. All moves must be legal to reach the goal and complete the task.

Tasks have been proposed such as the finding or creating a game in which have the most consecutive pawn moves by one player.

Years ago, in my early twenties, I challenged myself to find the quickest way to deliver a smothered mate. To my surprise the solution was quite easy to find. In fact, there were two solutions.

Then I wanted to find the quickest way to win a game by a promotion. Better, if I can find an underpromotion. So, in these pre-Internet days, I had to find the answer in a chess book.

I searched longer than my previous quest, but I did find such a game. If remember correctly, it was from a Chernev book.

The time between these two tasks, and the third one presented below, was about 30 years. This third task was proposed by a member of chess.com who asked, “What’s the minimum number of moves to force a checkmate using 3 bishops, assuming the position is farthest from checkmate?”

This is what I came up with. 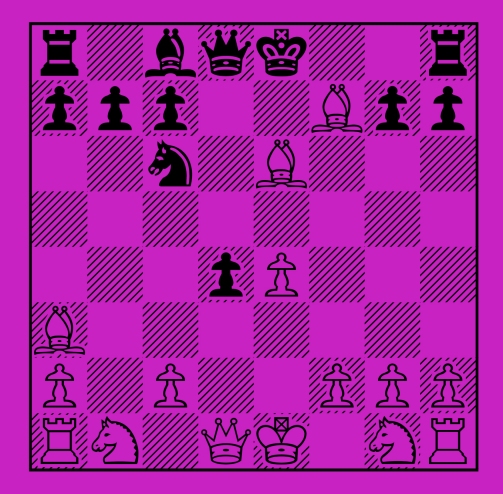 Of course, the King of such opening tasks is Sam Loyd (January 30, 1841 – April 10, 1911), who not only solved some very unusual opening tasks, but created literally thousands of chess problems, math puzzles, logic problems, and folding paper tricks.

One of his most famous tasks was to find the least number of moves in which a stalemate position can occur.